High quality used cars that have gone through extensive inspection and reconditioning. On top of that we market price each vehicle aggressively up front to insure you are getting the best quality vehicle for the best price. Lifetime Powertrain warranty also covers domestic and Asian imports under 80k miles and within the last 5 model years. List price included 456.63 dealer fee. 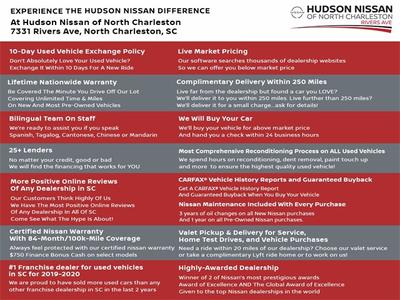 Ratings and reviews of Hudson Nissan are from Cars.com